Wait to Spay or Neuter your Puppy 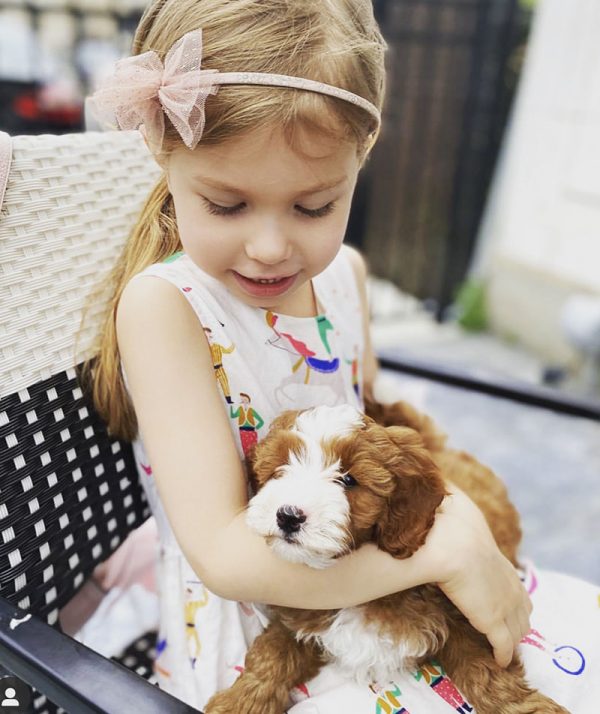 They're only puppies once. Let them enjoy it.

Deciding whether to wait to spay or neuter your puppy? We’re glad you want to take this important step for your new best friend. Your new puppy from Maple Hill Doodles will be more comfortable and happier, and so will your family.

But there’s a best-practices window for the optimal time to have your vet do the procedure. We recommend to wait until your puppy is at least a year old. And it’s even better to put off spaying or neutering until just before 2 years old.

Because there are growth and maturity factors to consider. Plus, removal of such a major part of a dog’s endocrine system will suddenly take away a crucial part of his normal development. 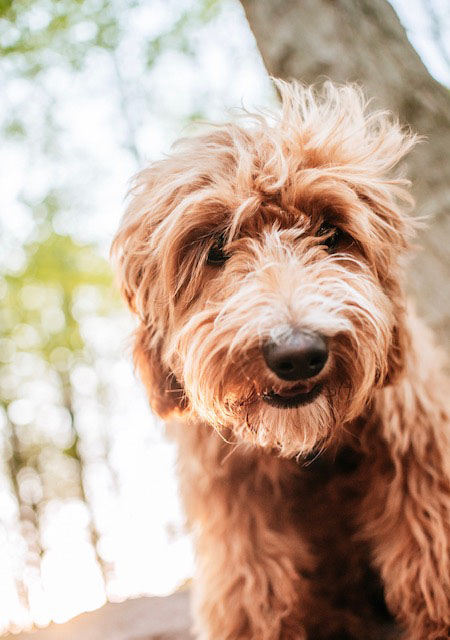 Abetting Joint Disease by spaying your puppy too early

This may come as a surprise, because the process is so commonplace. But early spaying/neutering can very likely increase the odds of hip dysplasia (one end of the femur) or cranial cruciate ligament tears (the other end of the femur). Both of those terms sound serious, and they are. But they’re only the beginning of why you should wait to spay or neuter your puppy.

What is Hip Dysplasia?

As dogs grow, the hip joint may become loose or distorted from its normal ball-and-socket configuration. ‘Dysplasia’ sounds much like ‘displace’ and that’s what a malformed hip joint does. It displaces the head of the thigh bone (femur) because it’s not properly curved. Then the hip goes out of joint. Very painful to a dog of any age.

Some vets consider heredity to be the primary cause of canine hip dysplasia. And certainly it can play a part, especially in large breeds. Grossly overweight dogs risk dysplasia too, because the hip joint has to bear up under too much strain.

But what happens when a puppy’s reproductive system is suddenly removed one day? All of the hormones and enzymes associated with those necessary parts go too. The puppy’s body is deprived of its chance at normal development.

According to a study by Margaret V. Root Kustritz, DVM, hip dysplasia occurred more often when puppies were spayed or neutered before 5 months of age. The reproductive hormones control normal growth of the long bones of a puppy. Deprived of these hormones, the femur has much less chance of fitting correctly into the skeletal puzzle. 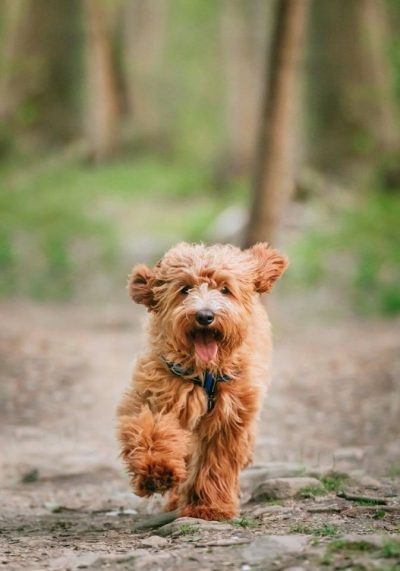 The CCL (cranial cruciate ligament) in a dog corresponds to the ACL (anterior cruciate ligament) in your knee. It holds the leg bones in their proper relationships for good working order. When the CCL is damaged, it’s termed a sprain, or a rupture. But some dogs will show a limp before the CCL actually does tear.

Your ACL usually ruptures because of a serious injury. But in dogs, the process is much more gradual. The CCL degrades because of heredity, size/obesity or inflammation within the joint, until finally it tears from the strain. Being spayed or neutered has not been directly linked as a cause of CCL sprain. But there is a correlation.

Like ACL repair in people, CCL repair is very common. In fact, it’s the most often performed veterinary orthopedic surgery. 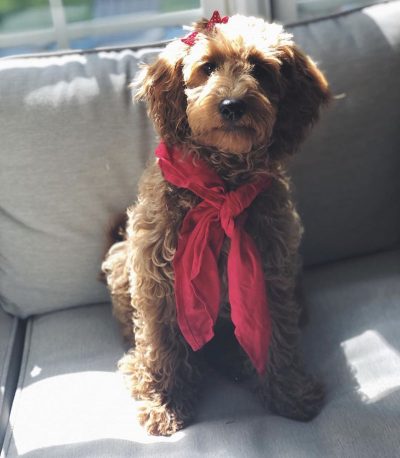 The Big C and spaying your puppy too early

Removing the reproductive system of puppies will naturally stop all tumors connected to estrogen or testosterone. Take away the source and you have no cancers. However – take away those sex hormones and you increase the risk later in your dog’s life of other aggressive cancers (lymphoma, prostate cancer, osteosarcoma – bone cancer – and bladder cancer, among others).

Furthermore, the earlier the spay/neuter procedures, the greater the chances for developing cancer. Hart et al. found that in Golden Retrievers, spaying before a year old increased cancer risk 2 to 4 times the occurrence in female dogs that hadn’t been spayed.

Please, wait to spay or neuter your sweet puppy. 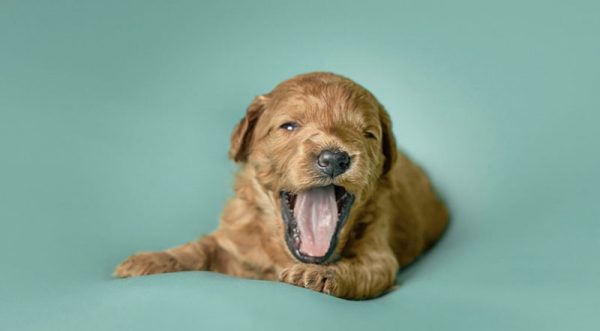 But he was such a good boy.

Regardless of what we read or hear about how spaying and neutering will help a dog’s disposition, it matters a great deal when we decide to make the appointment. Remember how the singers in boys’ choirs kept their high soprano voices?

Castrati were deprived of their boyhood between 7 and 9 years old. That meant their voices never deepened. That was why the boys’ choirs were popular for so long. The sound was the same. But about their behavior we have little idea, except their reported lack of sex drive.

Behaviors in spayed and neutered puppies are more noticeable. The procedures have been linked to impaired mental development and a shocking three-fold risk of abnormally low thyroid function (itself causing changes in behavior). A study published in 2014 followed over 2500 Vizslas, divided into groups by age at removal of reproductive organs. From the abstract: “Dogs gonadectomized at ≤ 6 months of age had significantly increased odds of developing a behavioral disorder.”

The younger a puppy is when spayed/neutered, the more likely he is to show fear behaviors. Avoid separation anxiety, timidity, fear of sudden noises, aggression, fear biting, hyperactivity, fear of storms and excitability. Compare spaying to major surgery for a 6 year old child. Being spayed or neutered really is a traumatic experience for a young puppy. It makes sense that it would cause trust issues.

As a closing thought to this section, consider the behavioral changes you’ve observed in women who undergo a hysterectomy. Or menopause. Just think about that for a bit. Do you really want to make sweet little Juliet go through Aunt Emma’s hot flashes, mood swings and weight gain before her first birthday? We can’t say it enough. Wait a while before you spay your puppy. 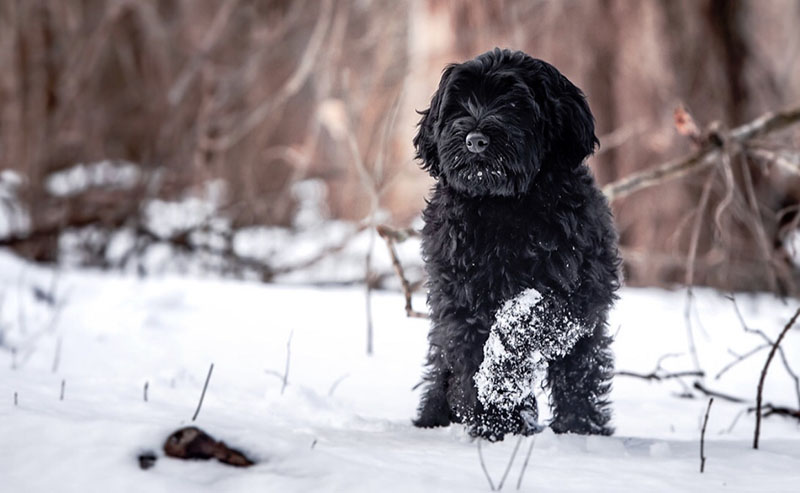 In our opinion, having a young puppy spayed or neutered is a terrible idea. There are way too many land mines hidden down the road of life – growth issues, deadly diseases and abnormal behaviors. True, our Puppy Adoption contract stipulates spaying/neutering. But we require that the procedure be delayed until at least a year old, and before the second birthday. Here’s why.

By then, your puppy will be mature enough that her bones have developed normally, with the natural assistance of the reproductive hormones. That greatly reduces her chances of having joint problems (hip dysplasia, CCL rupture).

Also, those important hormones are there to keep your puppy healthy. Removing them early is an open invitation to cancers that are more aggressive and show up earlier in life. We recommend waiting to spay/neuter to allow the dog’s body to grow normally as long as possible before 2 years old.

Finally, consider your puppy’s mental outlook. We start our puppies at 3 days old with an ENS (Early Neurological Stimulation) Program. This lays the foundation for a well-adjusted dog who can handle anything and has the best disposition possible. When your puppy comes home with you, he becomes a member of your family. Show him the love and companionship he needs as he grows, and he’ll develop an unshakeable trust in you. 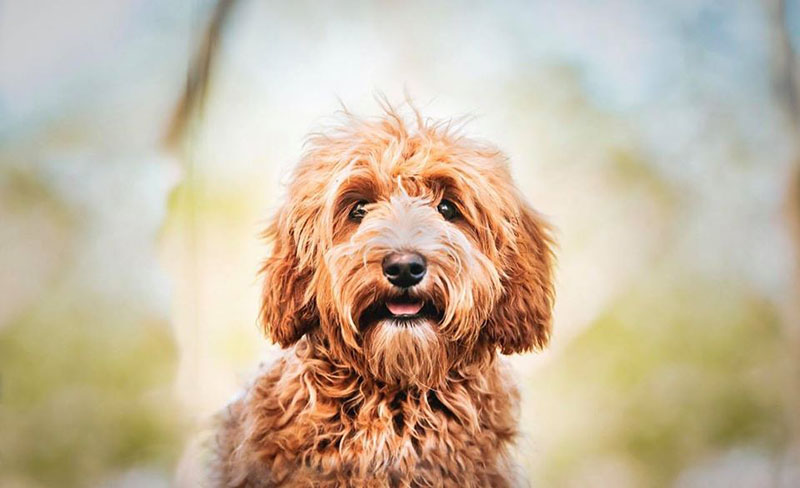 A very good reason to have an understanding vet

There is a solution to the quandary of how to maintain hormone levels as the time comes for spaying or neutering. Honestly, we would far rather go for sterilization instead. Male dogs can be vasectomized, and their jewels left where they are. For females, the best approach is what’s called an ‘ovary sparing spay’, wherein the uterus is completely removed and the ovaries are left in place. Tubal ligation (‘tying the tubes’) is not recommended because of the greatly increased risk of pyometra (uterine infection).

These sterilization procedures are not routinely done, but it will be worthwhile to find a vet who offers them. Dogs Naturally Magazine recommends this approach and has a helpful link to the Parsemus Foundation for more information.

Here’s a list of vets offering canine sterilization options for your convenience.

We hope you find this post useful, both for you and for your puppy. If you have further questions, please contact us and we’ll be happy to help!